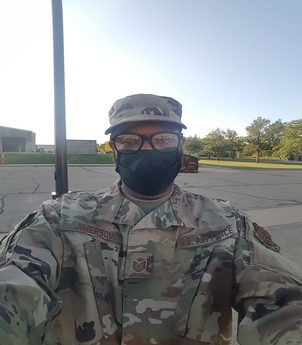 Bro. Jimerson began his Military Career enlisting into the United States Army as an Ammunition Specialist in June of 2000. While on Active Duty Bro. Jimerson also went to Airborne School in Fort Benning, GA. His first and only duty station was the great 82nd Airborne Division in Fort Bragg, North Carolina. Also, well station at Ft. Bragg he had numerous tours of duty. In 2008, Bro. Jimerson got wise and joined the United States Air Force Reserves where he is currently station in Youngstown Air Force Reserve Base in Youngstown, Ohio. His job there is as a Personalist Specialist.

In his Civilian capacity, Bro Jimerson is a Second-Grade teacher and 5th and 6th Basketball Coach at Barbara A. Sizemore Academy in Chicago, IL.